I’ve always been into vintage fashion, as a wearer and a light collector – from late 1800 Victorian frock coats to ostrich feather fans from the 1920s’. Along with more wearable items, which tend to be either indigo or military green.  I know the cardinal rule with vintage is  ‘when you see it buy it’ especially those pieces you know you’ll never see again. I kick myself twice. Once for the red flapper dress I procrastinated over at the no more, but brilliant Echoes in Todmorden and once for the vintage Boro fabric at a Tokyo flea.  I can see it now and wow would it look good in my studio.

It wouldn’t only look good, it would remind me of the great sense of history that is literally stitched into Boro. Today, we’ve pretty much lost the art of mending. Fast fashion and the loss of skills has often made it more expensive to repair an item than buy a new one. I hope mindsets are starting to change on this. Mending takes on a whole new meaning with Boro and I was fascinated to learn more about this tradition when visiting the Amuse Museum in Tokyo last year.

Whilst I’ve always been drawn to Boro for its beautiful tactile aesthetic, the technique developed out of a very functional need and a harshness of both environment and economy. Due to scarce resources and harsh conditions, in particular in rural areas, items were repaired with old pieces of textiles or rags, over time creating the patchwork style. Rather than symbols of beauty, Boro worn by peasants was seen as a symbol of poverty and associated with shame. These items of clothing or blankets were handed down by generations and the exhibition talked about how ‘patchwork’ shows the distinctive passed-on knowledge and sense of beauty of the people in Japan, who had to survive on the scare resourced land.

It also talked about the ‘unspoken memory of the fabric’ which I thought was quite beautiful.

There were so many pieces, it was a privilege to see them up close. I’ve just picked out a handful here. They are stunning to look at, but now I also think about the human stories that are within these fabrics. 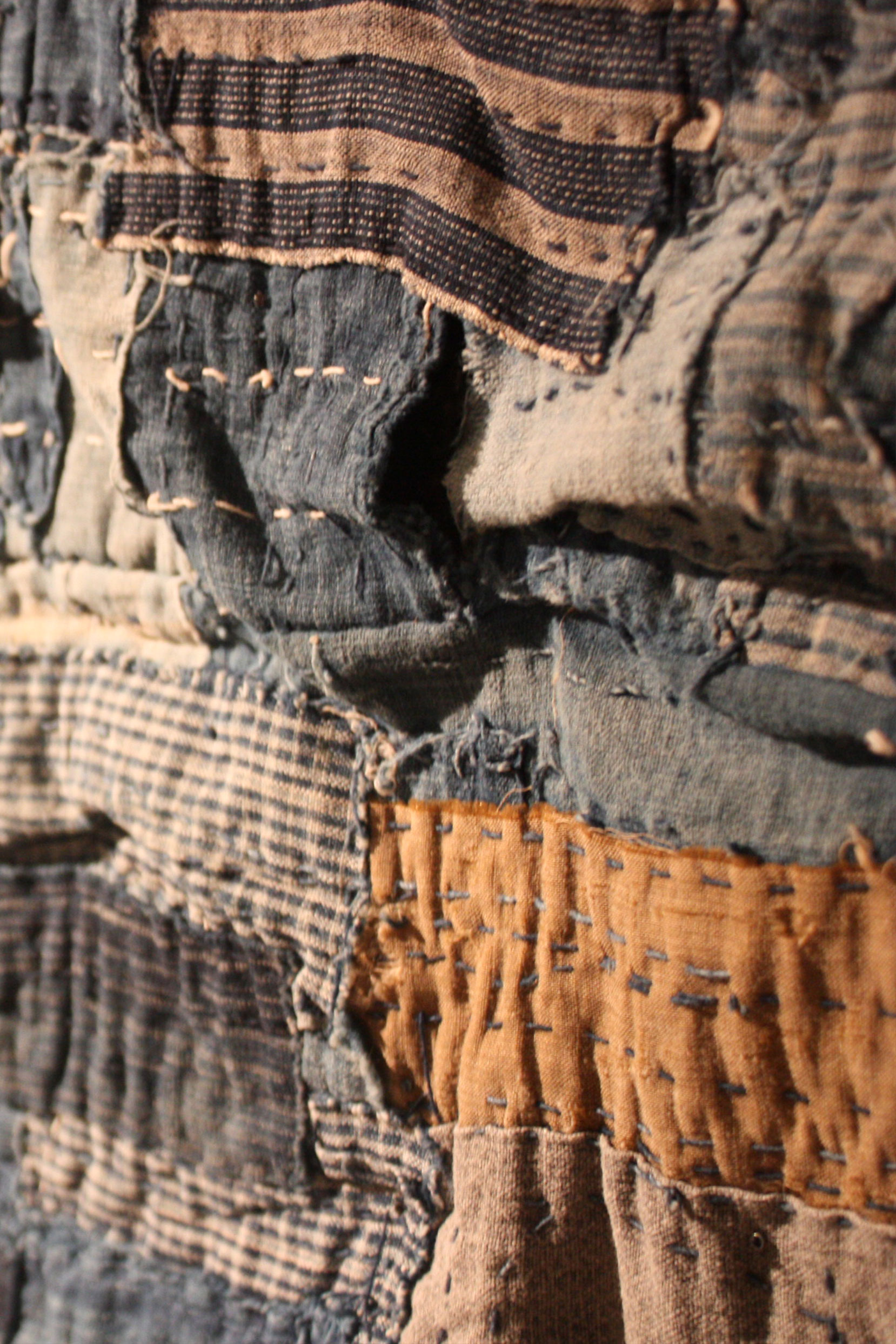 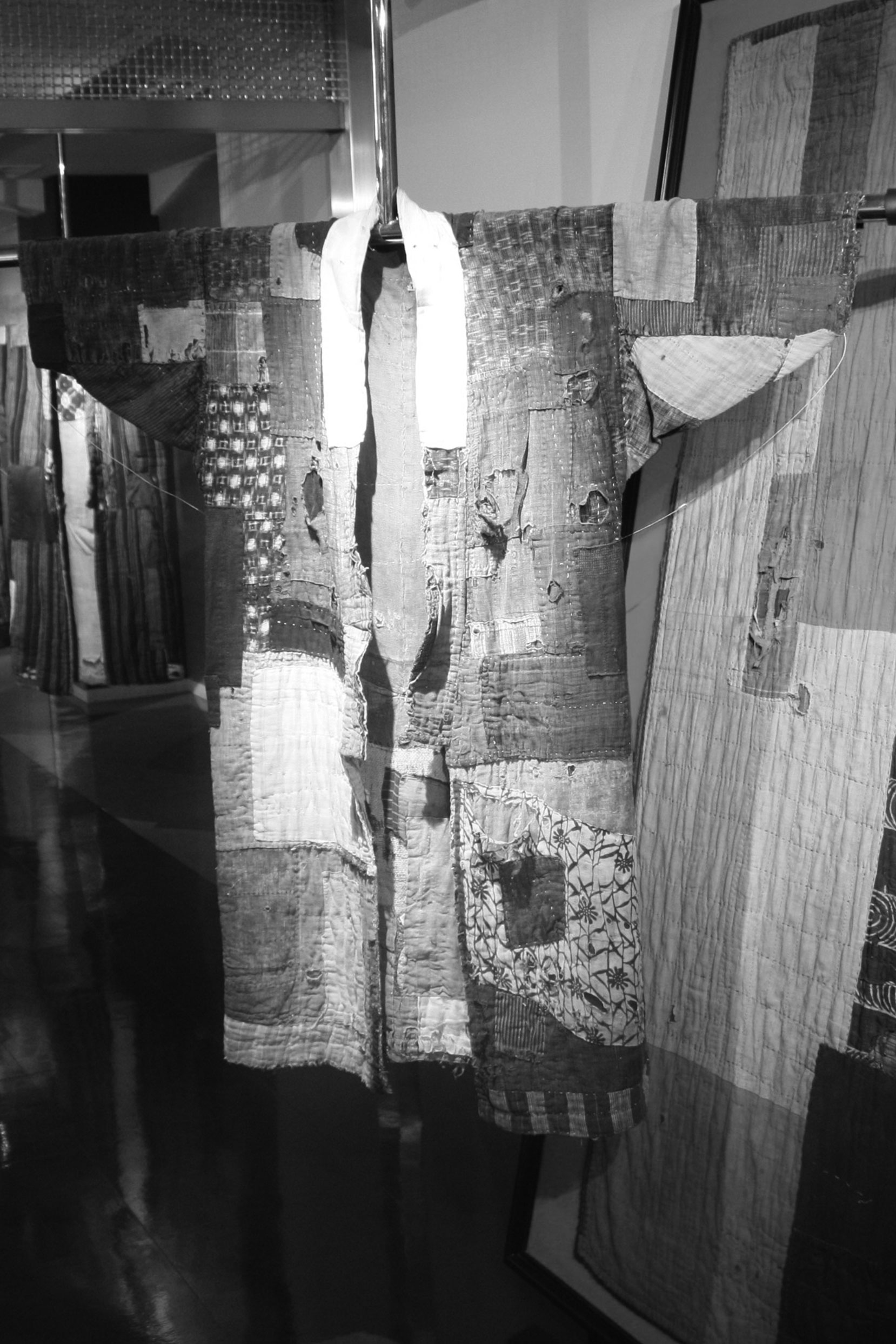 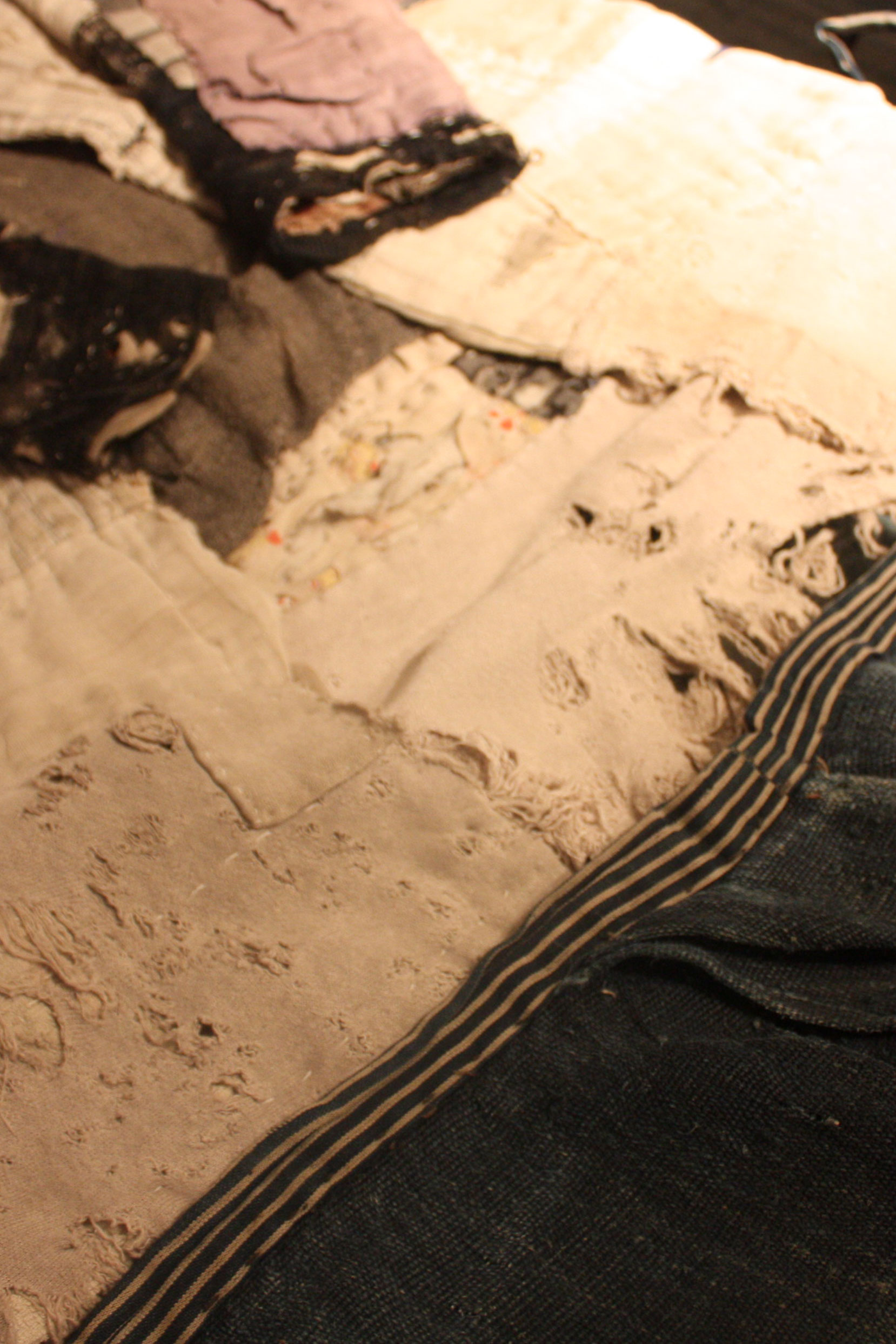 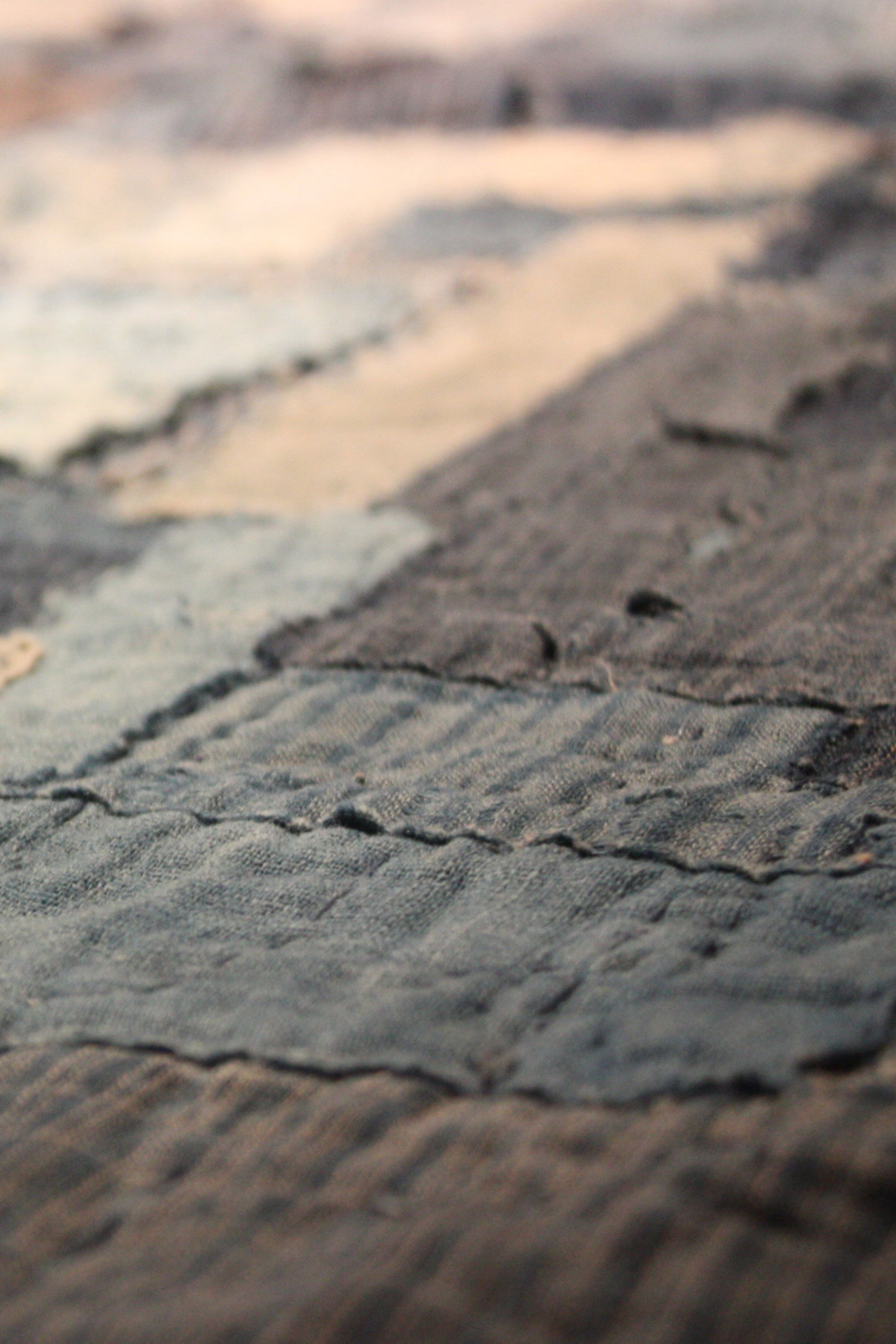 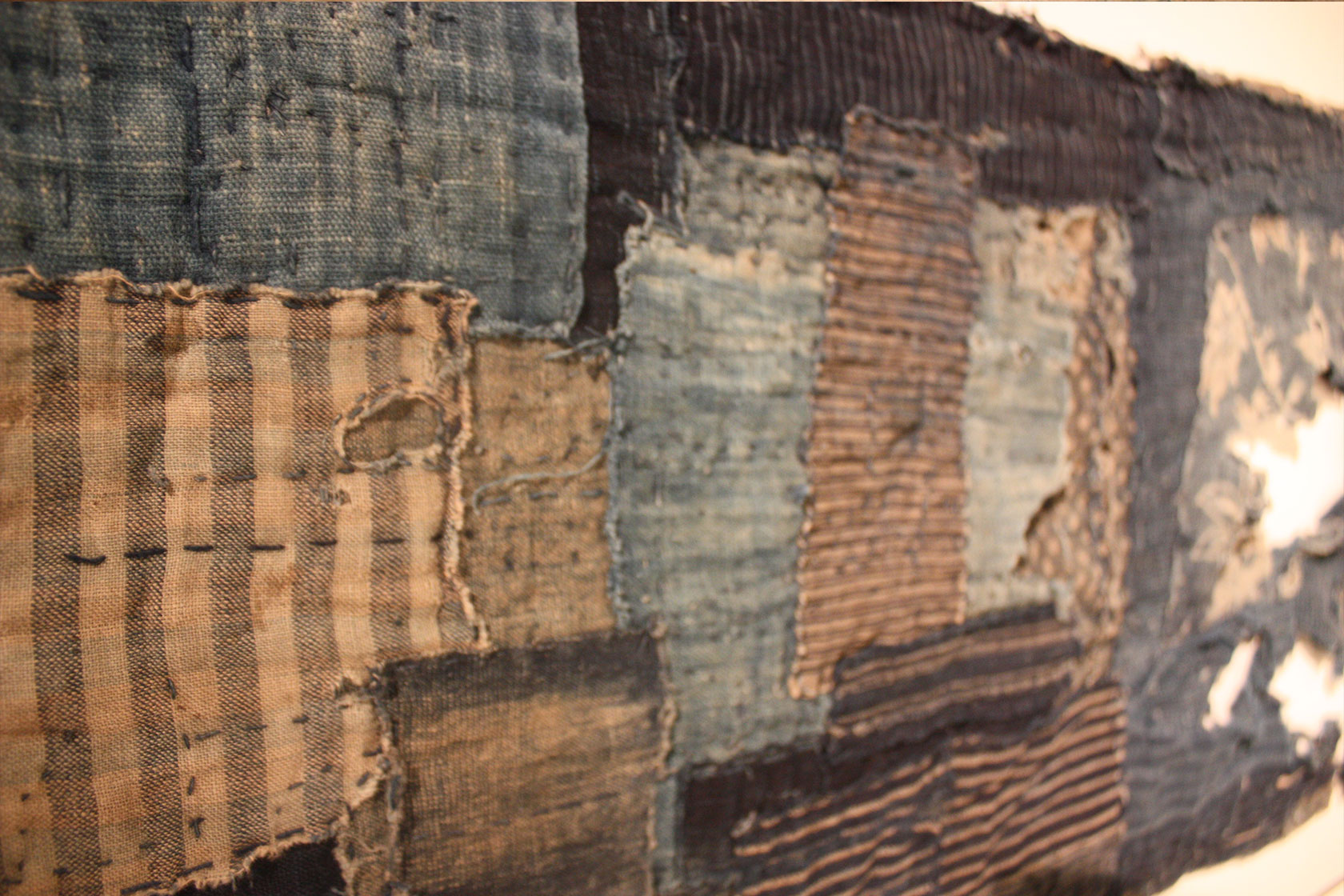 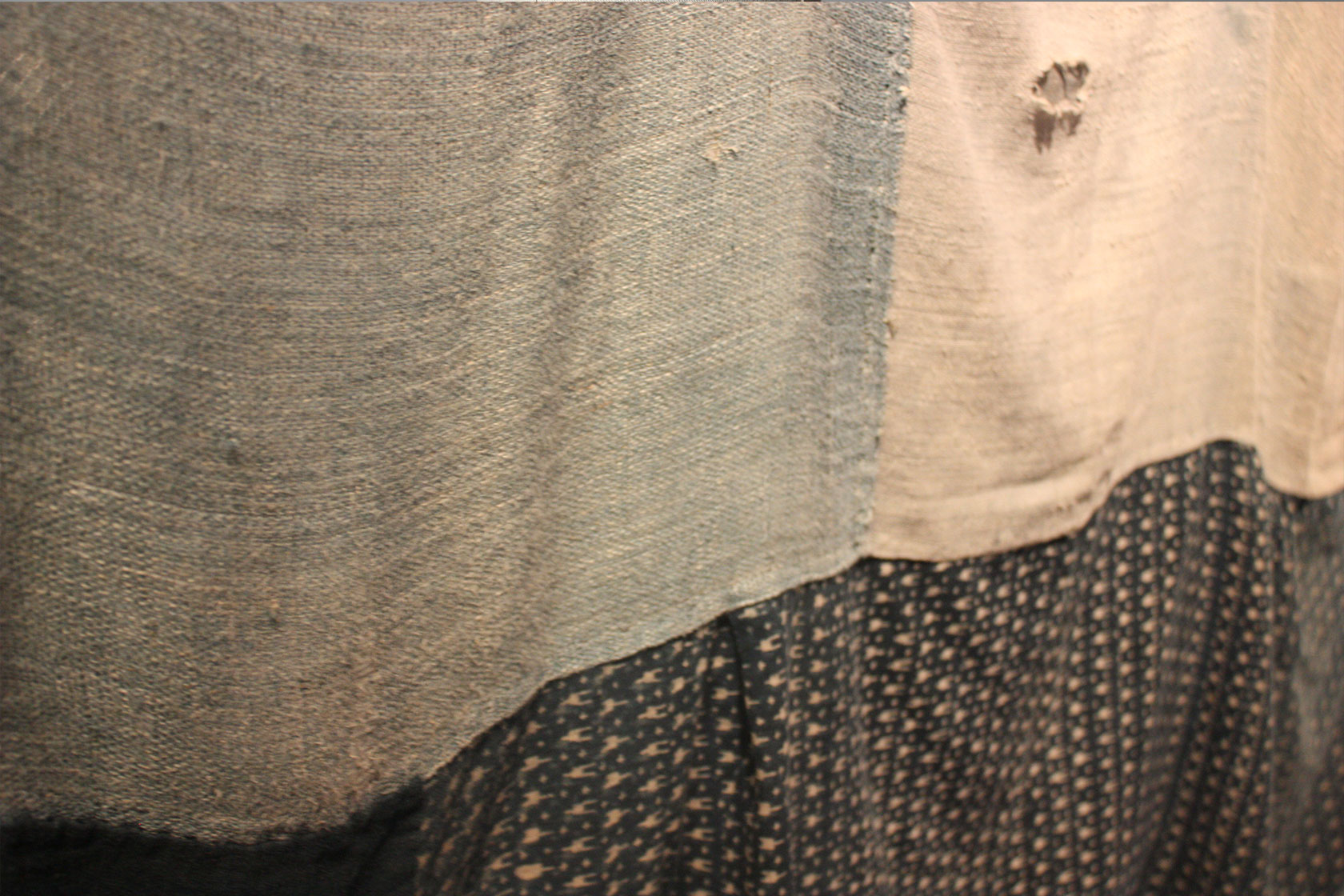 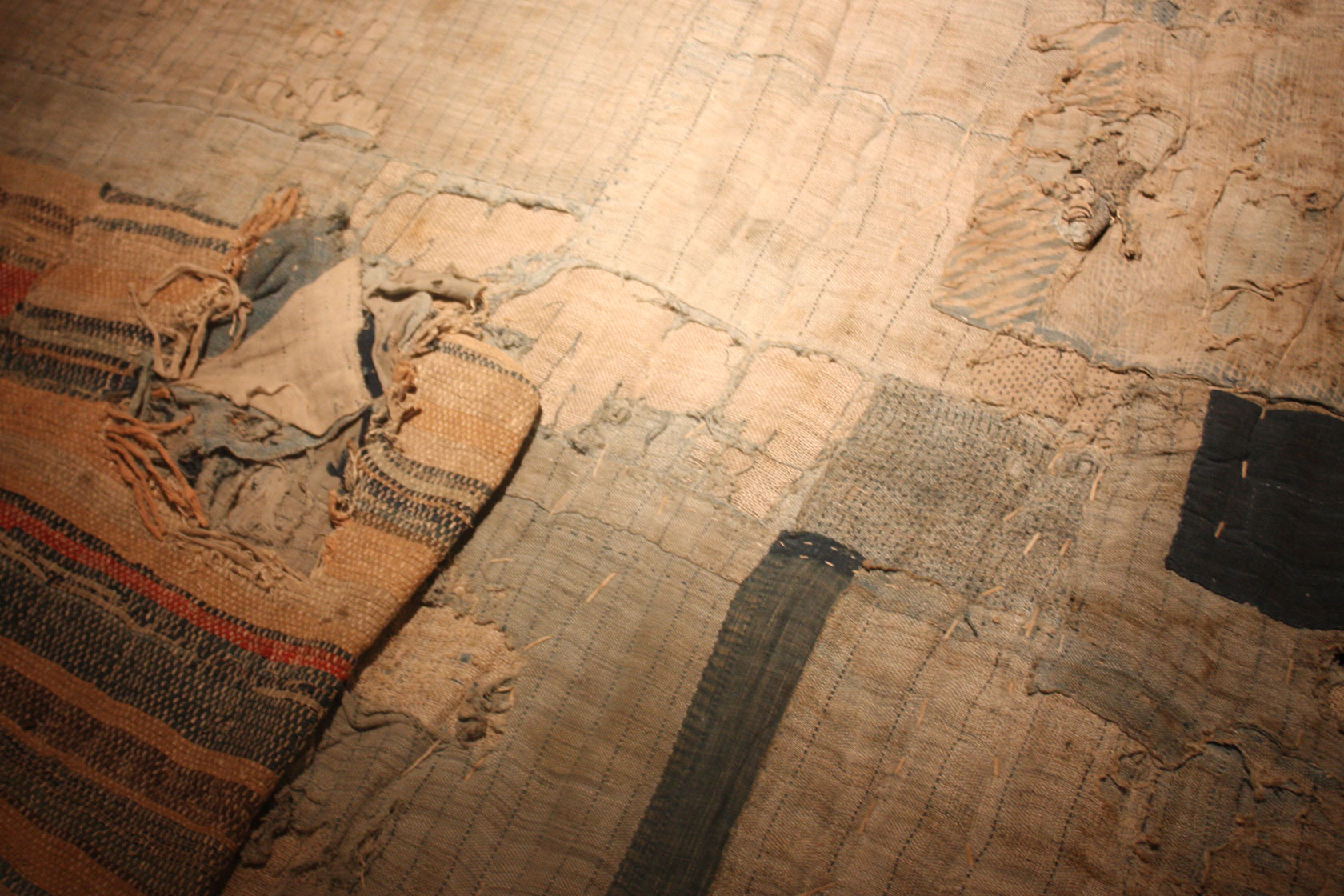