WHAT’S IN A NAME

Should I give the dresses names? This was a question I asked myself many times. Whilst they have always had names during their development these tended to be functional, not very friendly or thoughtful – V, Notch, Shirt and Patch. Although I grew to love them, I knew they deserved better and it was when I saw them at the photoshoot that their characters emerged and the names soon followed.

Honeycomb started life as a shirt style smock, but we just couldn’t get the right feel for her. She evolved into this fluid design that takes inspiration from the easy volume and gathering found in traditional smocks. The honeycomb smocking panel is her signature, with flattering keyhole shaping that flows from front to back, gently falling over the shoulders. She simply became Honeycomb. Confident and to the point. Hyphenated with her colour, Honeycomb-Midnight and Honeycomb-Sky. Very grown up.

I couldn’t make this one up.  Sunday features an exquisite wave smocked back panel in contrast to the simple clean lines of the V-neck front. She wears it well and revels in the  surprise when you catch a glimpse of it. For those who believe that everything in life happens for a reason, this must be one of those moments. When reading about traditional smocking in one of my well worn books I came across this ‘…the ornamentation on the Sunday smocks was confined by tradition to the smocking only, which was stitched in a large panel across the back ….called for as Sunday best.’ And there it was. Hello Sunday. Goodbye ‘V’.

Mayfield pays homage to the Mayfield smock worn by men in Mayfield, East Sussex. Whilst there is a resemblance in the squareness of the silhouette, it was the confidence of the name that seemed to just suit her. Clean lines, confident style, enhanced by multiple pleat detail and contrast topstitch. Mayfield was the first design and in her early stages of development featured a notch neckline, which evolved into the keyhole style to balance out the volume and add a more flattering feature.

I just couldn’t move away from this one. So I was really chuffed, during my research into traditional smocks, when I read about patch pockets as a functional feature. There it was. Her defining feature adding function for today. No nonsense Patch, wearable volume, super stylish and very comfy.

Visit Honeycomb, Sunday, Mayfield and Patch at the smockworks. 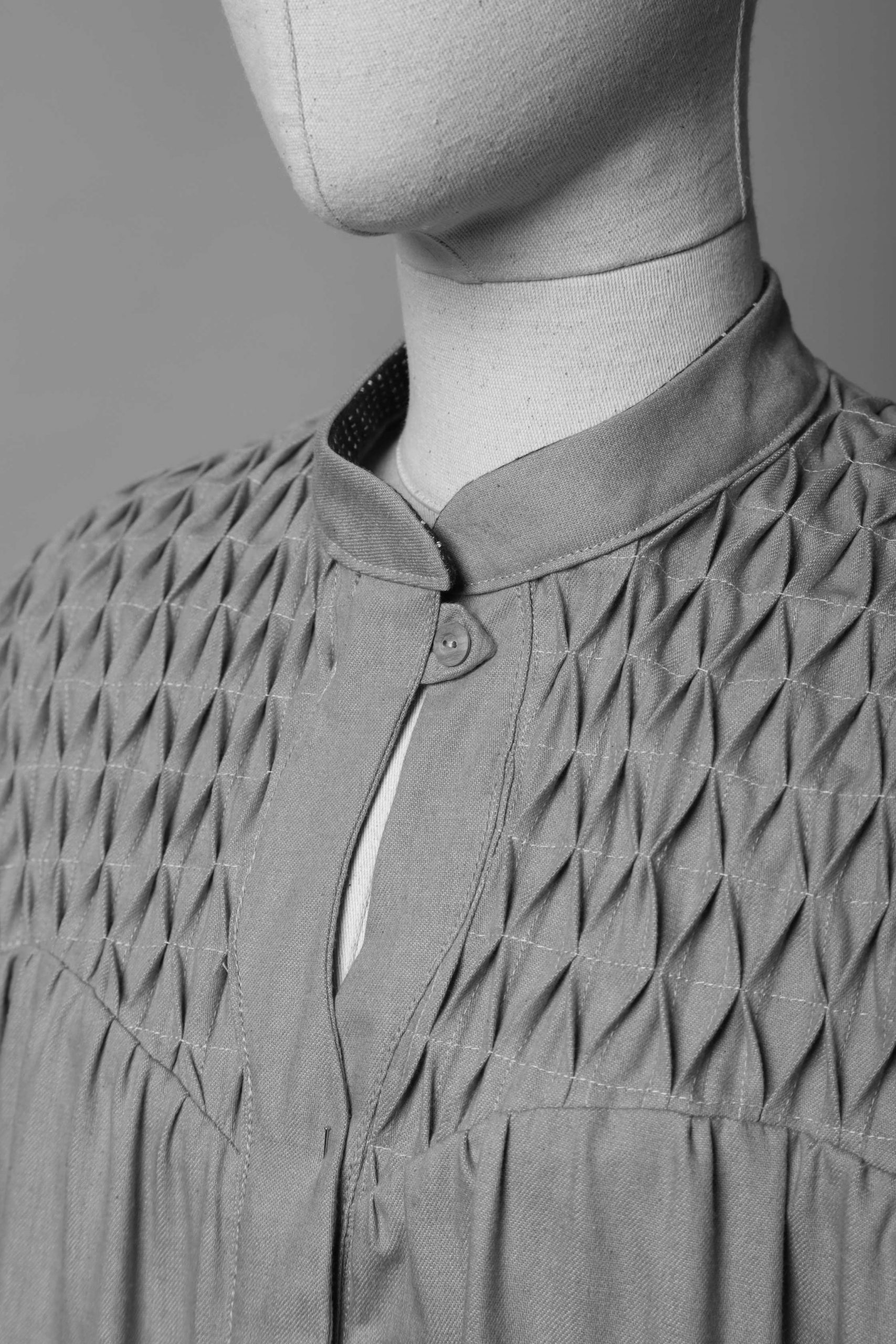 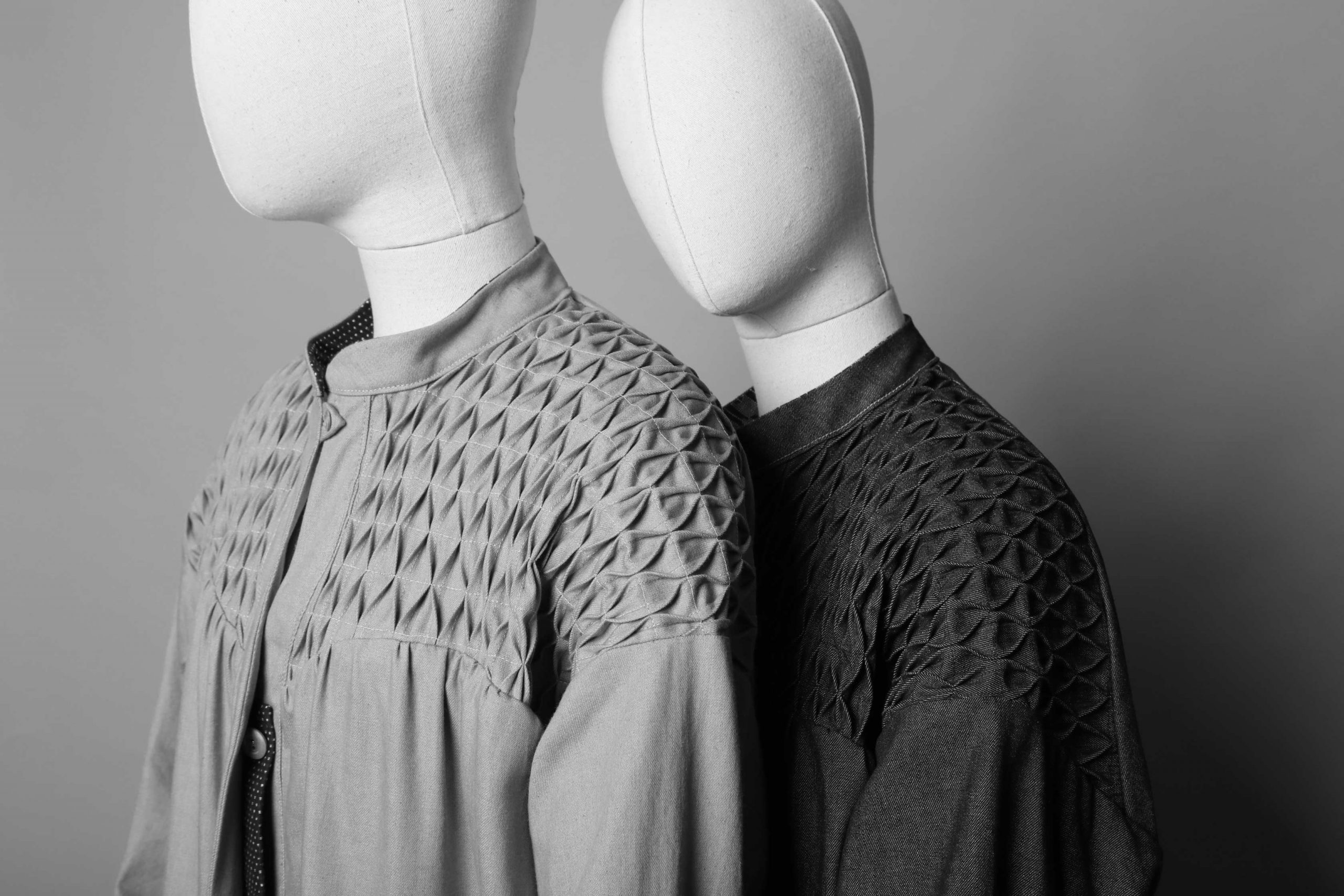 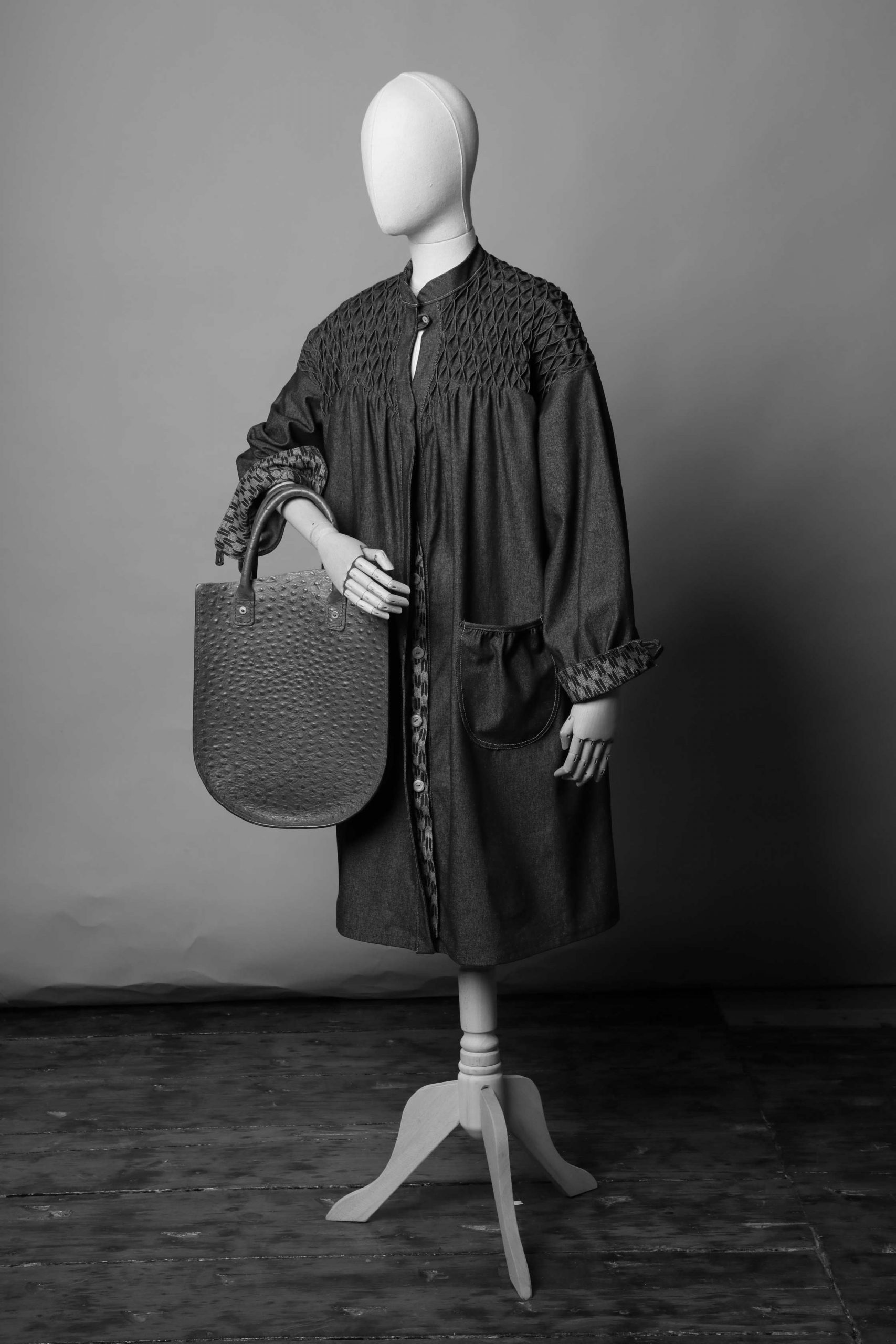 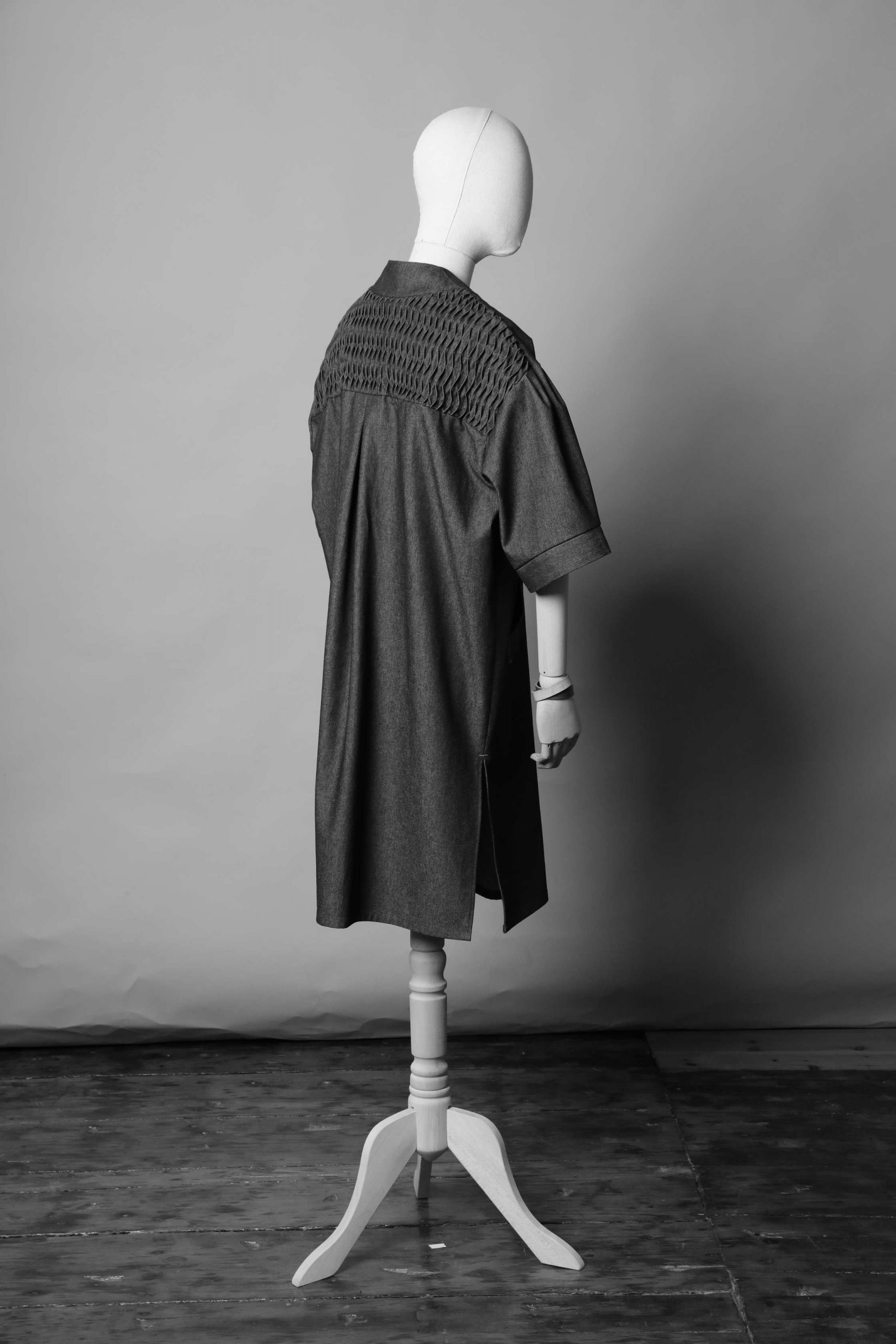 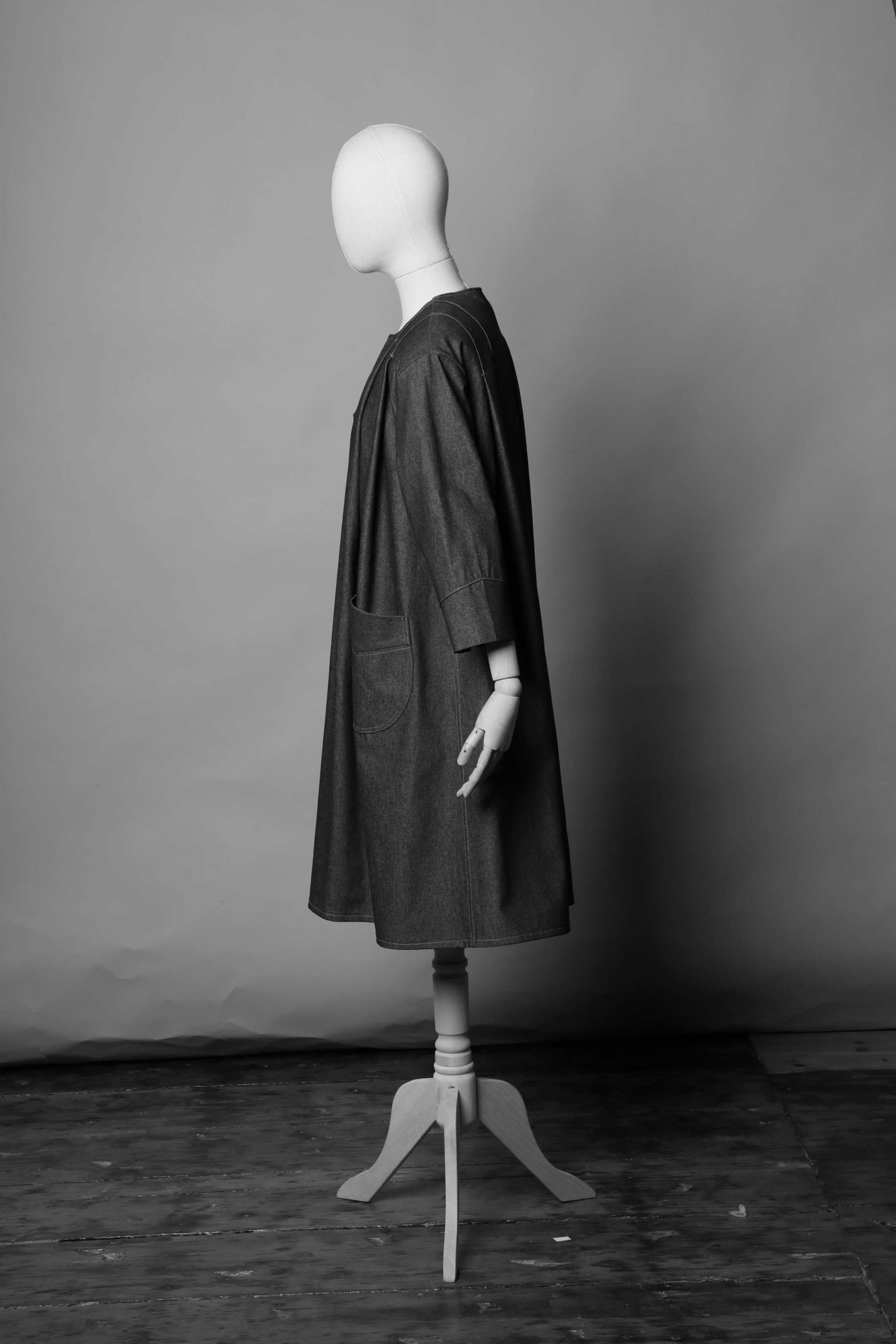 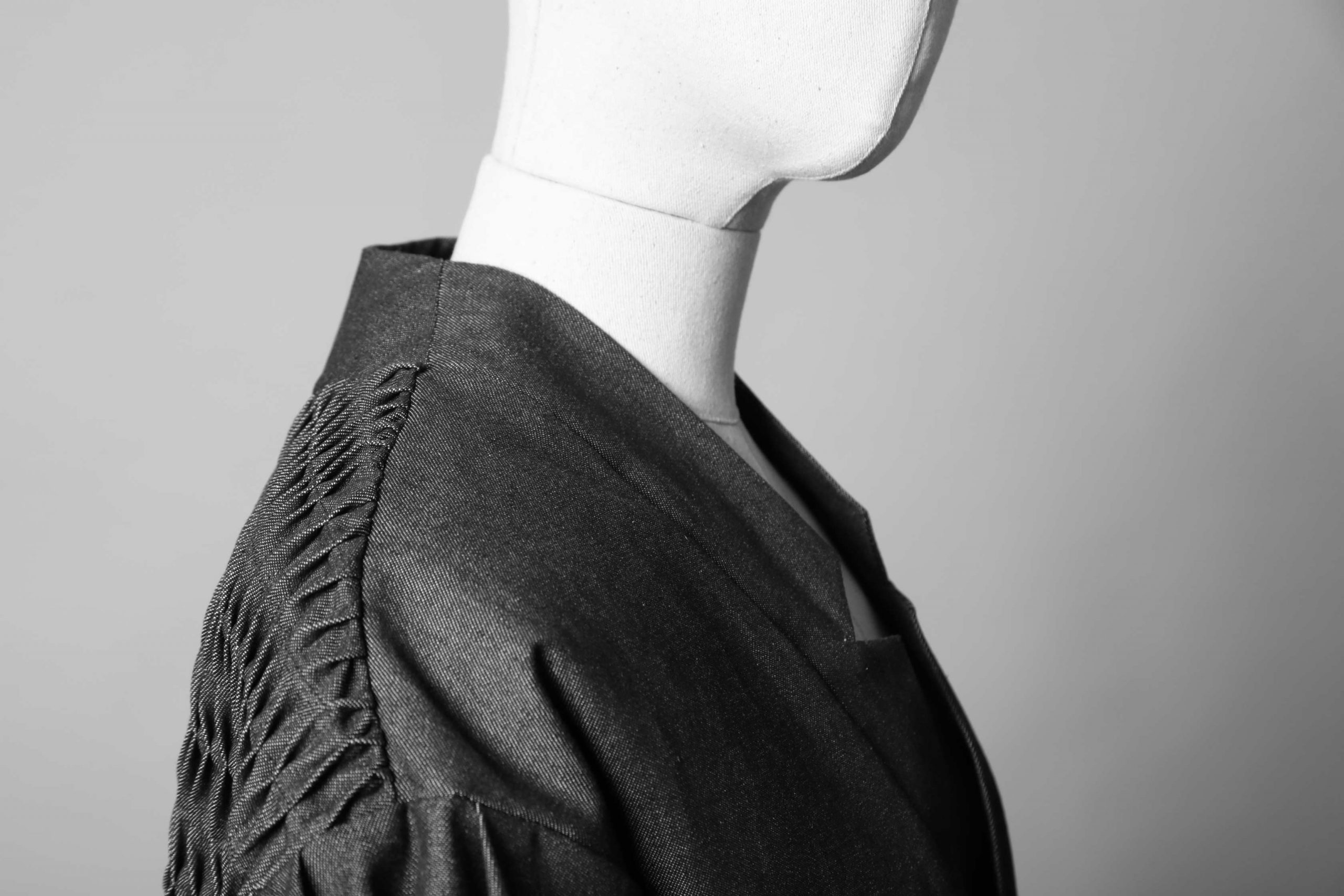 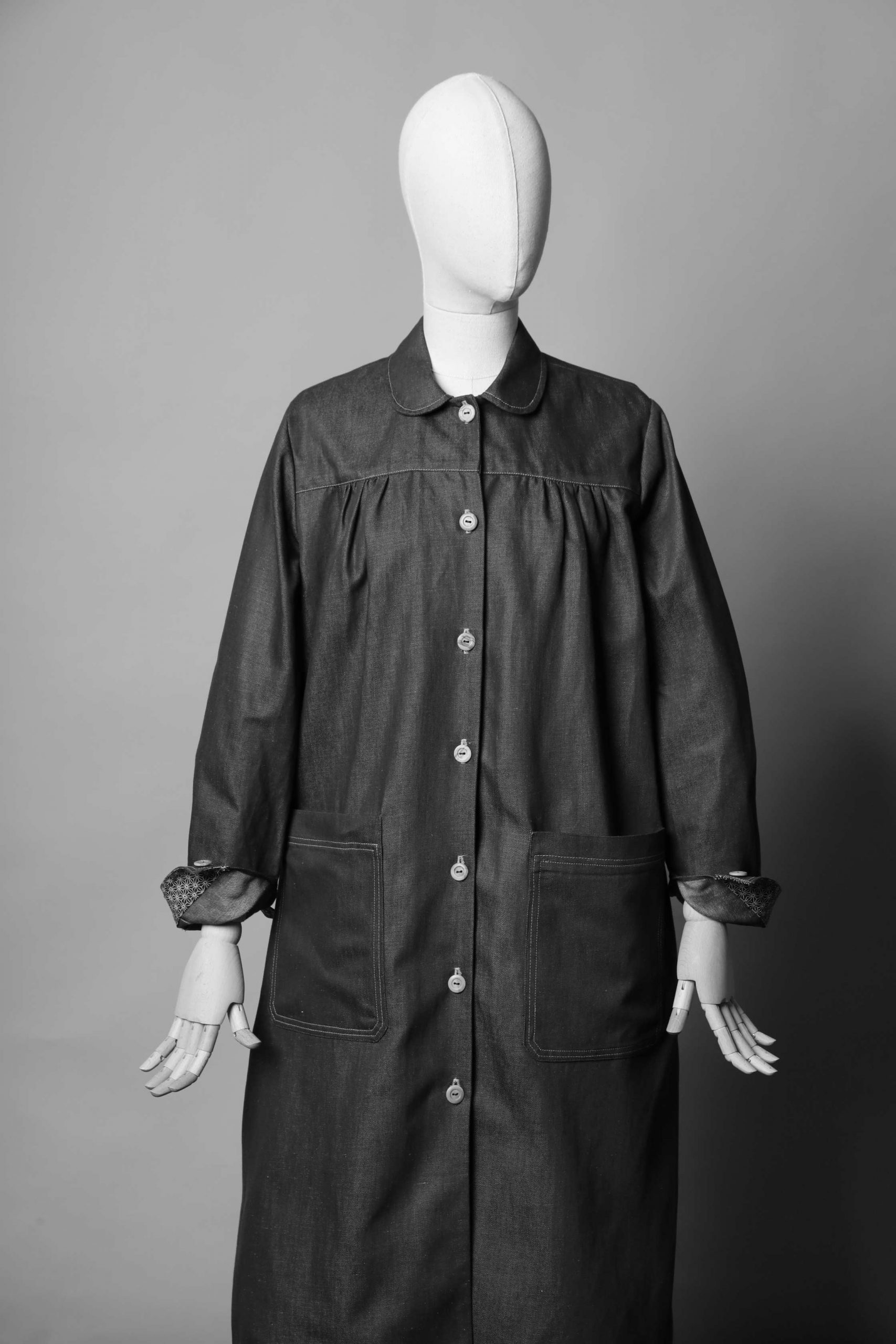 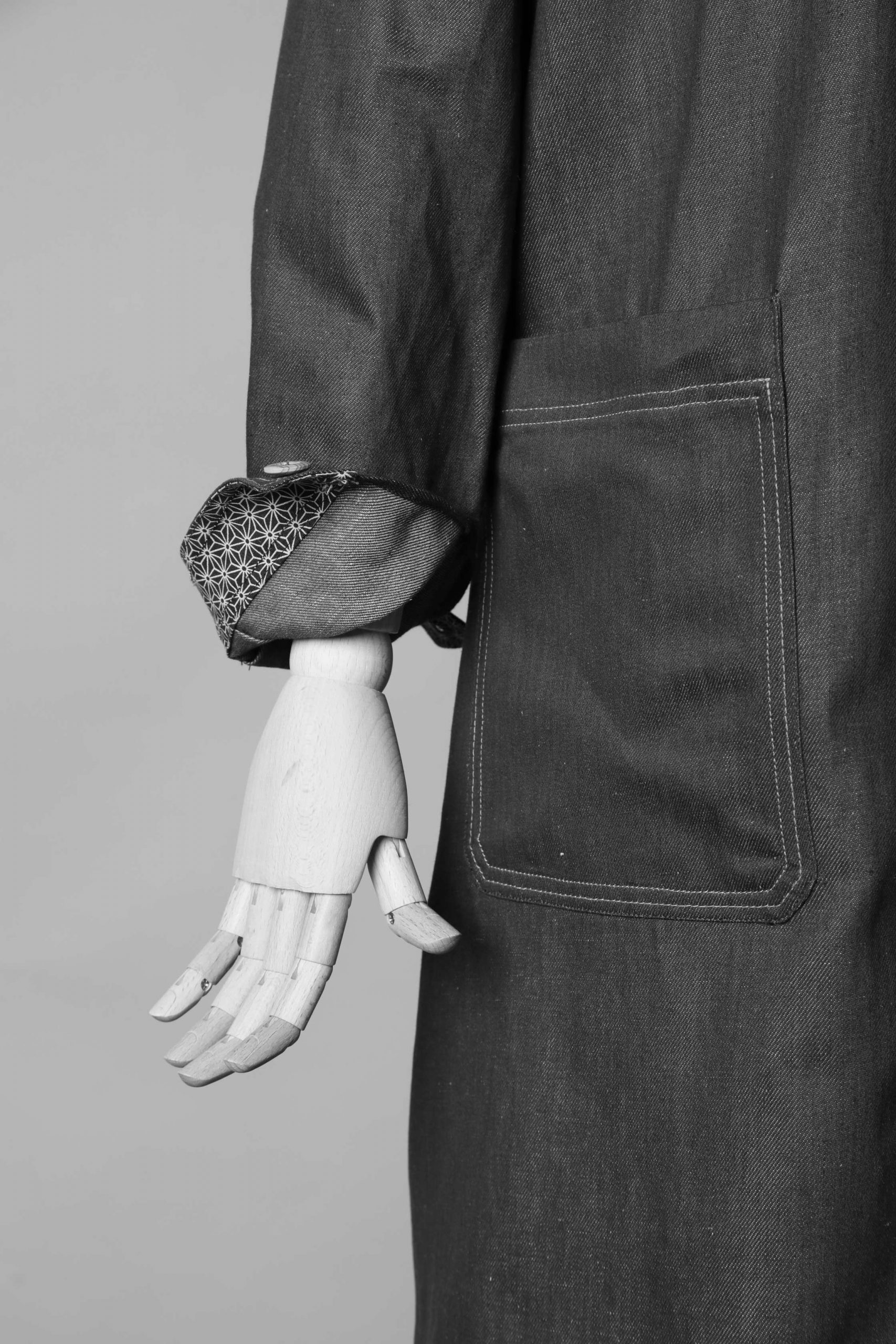 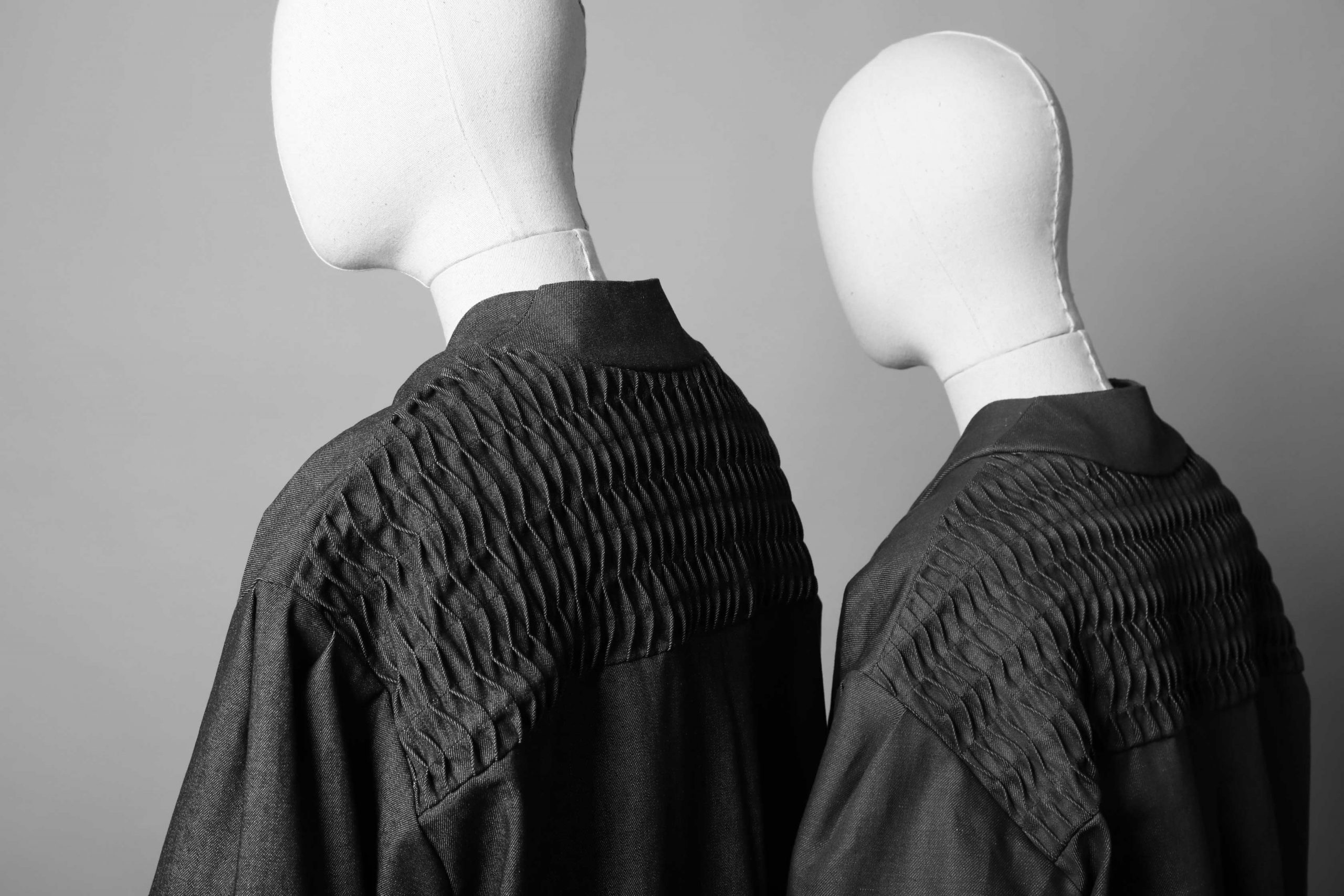